ontology of the shift key 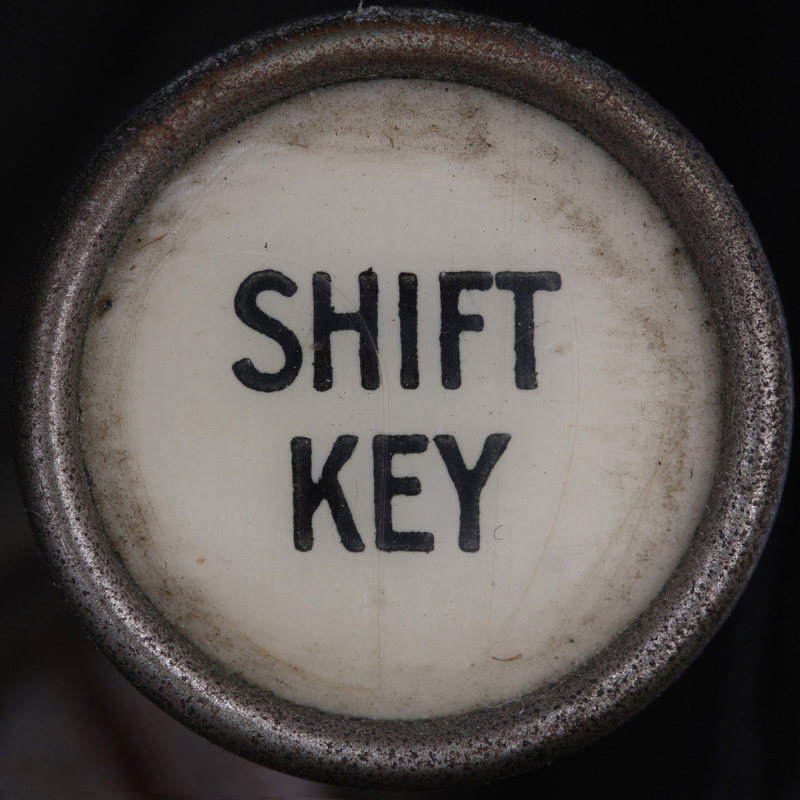 First introduced in the Remington 2 model typewriter from 1878, the SHIFT key expanded the functionality of the rest of the available keys past their visible limits: the visible values of the keys that were chosen could suddenly become mutable by virtue of another key’s influence over them. This mutation was originally limited to capitalization, a change not in value but in the representation of the value of a chosen key.

This may not seem like much, but the introduction of this new key actually represented a fairly substantial philosophical change going forward. Shift keys are still around today on keyboards, performing a wider array of functional changes than just capitalization. But even at this early stage of introduction, there were at least two fundamental, new principles brought into the mix: one is the principle that a value chosen as an input can be transformed by virtue of being selected; the other is the idea that there is a deeper level of functionality contained but not immediately visible within the actual keyboard itself.

In short, the shift key introduced two really powerful notions: the functional expandability of a keyboard through the execution of a command that has no inherent value other than to transform the functionality of its fellow keys; the other is basically abstraction in terms of how the typewriter interacts with the values represented by the keys the typer chooses to type, or a decoupling of the immediately visible, literal level at which these values are apprehended and selected, and the potential new meanings they can acquire through a change in their representation (or even their “state”).

That’s a lot of change for a single product design choice, the implications of which don’t only sound familiar but have not changed all that substantially over a century later.